It's impossible to know everything, so Imposter Syndrome will always be there on some level, but having the confidence to know that you can figure something out, even if you don't know it in advance, is very helpful. 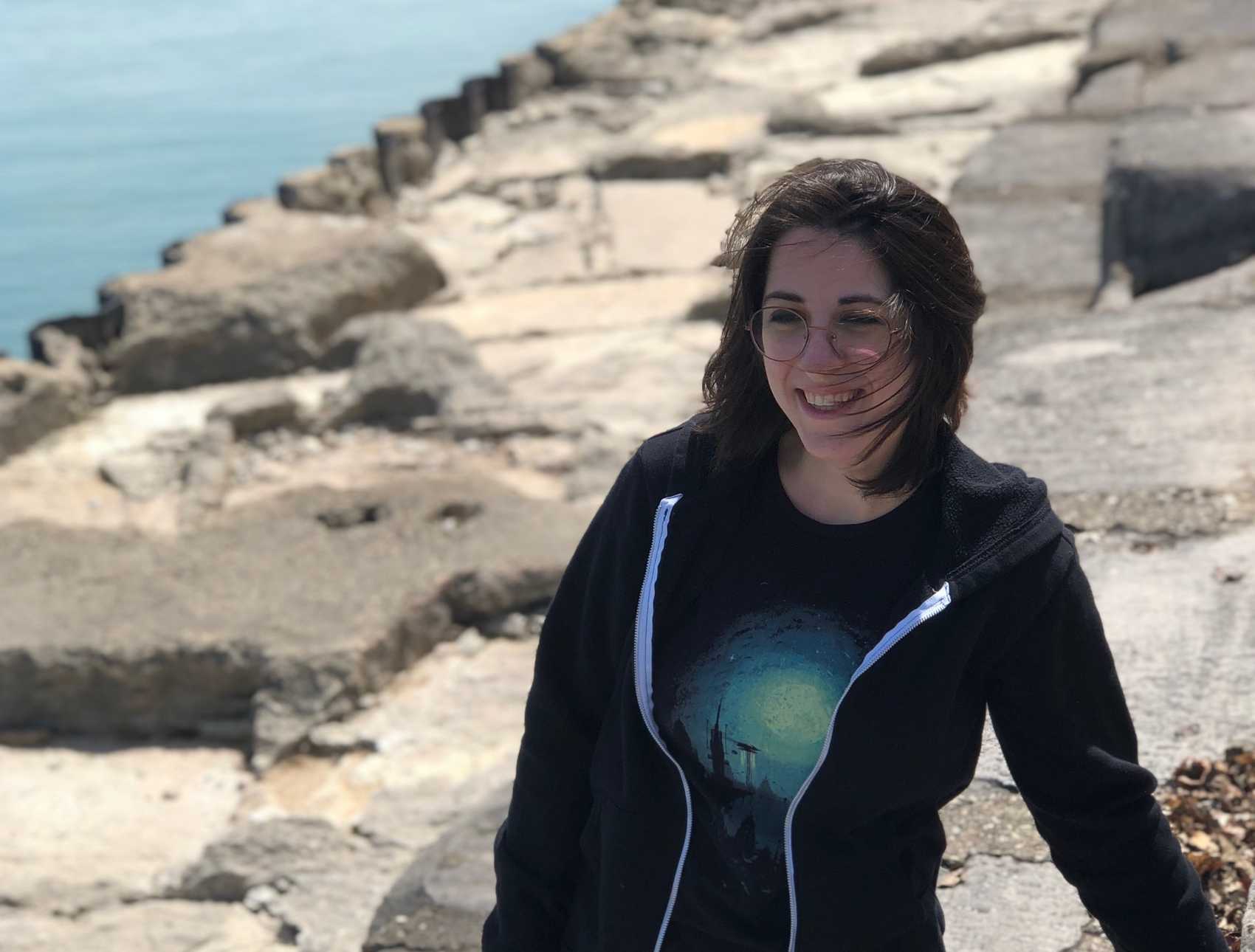 I interview leading women developer every week and showcase their history, opinions and advice on the tech. In case you missed our previous interviews, check out the " She Inspires " series on Hashnode.
Also, if you find this interview useful, please don't forget to share with your friends and colleagues. 😃

Today, we will be interviewing Tania Rascia 👩‍💻 .

Tania is a web developer, technical writer, and former chef from Chicago who currently works as a front end software engineer for a startup, and have written for many developer publications. Tania builds open-source projects and writes about modern JavaScript, Node.js, design and web development.

Tania: I made my first website in 1998, shortly after I discovered the internet. I spent the next several years making websites about all the things I was interested in.

Can you briefly tell us about your job title?

Tania: My official job title is "Front End Software Engineer", and I create applications for both clients and internal needs. I write JavaScript and React, Vue, and Express are a few of the technologies I use on a day-to-day basis.

Tania: I haven't experienced that in tech. I had a worse time in my previous career, as a chef in the restaurant industry.

If there’s a bias women face, why do you think it is still there, in the 21st century? What are some things people and organizations could do to change this?

Tania: I've had people assume I'm a designer rather than a developer, when they hear I work in tech. I think people can probably make less assumptions and organizations can hire based on a mix of experience, technical skills, and soft skills.

We see that you made a career change into web development in 2015. Before that, you worked as a chef in Chicago. Why did you make this career shift and how did you make the shift?

Tania: I made the shift for a plethora of reasons, the most important being that web development is simply a career that I enjoy more, have more passion and curiosity for, and fits my personality more. The improvements in hours, pay, benefits, and so on are a bonus. I made the shift by doing an internship and making freelance websites until I got a job.

Tania: I enjoy it a lot. I have a lot of freedom to use the best and latest technologies and explore solutions.

We see that you work predominately in web development, modern JavaScript and design, how did you decide to focus on this path?

Tania: I started off by making websites, so that's what I have the most experience in. Although I'm interested in back end, API design, and so on - it's most interesting to me if it's all connected to a website. I think I have a good eye for design as well, so I like to get some variety working on the architecture, functionality, and design of a web application.

What advice do you have for a newbie or intermediate who dreams to work as a front end software engineer?

Tania: My best advice is always to make a blog and document everything you know. It helped me, and it helps others as a byproduct.

How long have you been in tech and what word will describe your experience so far?

Tania: Officially, I've been employed in tech for 4-5 years. I love this career, so I find it fulfilling.

You learn in public and write about everything you know, can you briefly introduce us to the "Learn In Public" concept and how you apply it to your learning?

Tania: I try to blog about my experiences and what I learn as much as possible. Often, I write the post as I'm learning something new, so the topic I'm writing about is new to me. Eventually I'll learn new and better ways to accomplish things, but that will always be true, so it's still helpful to write as you learn.

You're an open sourcerer and contributor Tania, how do you manage to build so many projects alongside working in a startup?

Tania: Sometimes I just get really excited about a project and spend a lot of my free time working on it. Sadly, the amount of time in a day is finite so it means I do less of other interesting endeavors, like making art and recording music. But coding related projects is what calls to me the most.

What advice do you have for beginners or intermediates who look forward to building open source projects?

Tania: Don't try to get other people interested in what you're working on or try to find people to collaborate on a project with you. Just start making something. Eventually, people will naturally come and contribute.

You write a lot Tania, what is your super power and how do you get started with a new article?

Tania: I just document as I go when I'm learning something new, so half of the article is already written for me.

What advice do you have for beginners or intermediates who look forward to technical writing?

Tania: Document as you go, and don't worry about being perfect or people on the internet criticizing your work.

We see that you speak and teach at software conferences, how did you get into public speaking and how has it affected your career?

Tania: I've done a few speaking engagements. I think it's interesting, but it's not my main focus. I prefer doing the work or writing about it, but it's good to get out of your comfort zone every now and then.

Tania: Focus in on a point, begin your presentation with an overview of what will be discussed, and pare down the tech to the absolute minimum amount of code to demonstrate the concepts.

Tania: Not much, I think if you're interested, there are more than enough resources out there to learn. I think more experienced developers could practice writing articles and tutorials without making assumptions about what the reader already knows.

Imposter syndrome is one problem developers face especially newbies, what is your experience with imposter syndrome, how did you manage yours and what advice do you have for anyone facing this currently?

Tania: I think it's impossible to know everything, so Imposter Syndrome will always be there on some level, but having the confidence to know that you can figure something out, even if you don't know it in advance, is very helpful.

Rejection emails is another thing that motivates imposter syndrome and depression amongst developers especially intermediates. How did you manage this effectively during your "job-hunting" days?

Tania: It is demotivating and depressing, but you just need to not take it personally and keep going. After the first job or two, it should be easier to leverage new jobs via connections in the industry.

What advice would you give to aspiring programmers who look forward to working for companies like Google or Facebook?

Tania: I've never worked at a company like Google or Facebook, so I have no advice there.

Which of your projects are you most proud of? Can you briefly introduce us to it and why you built it?

What is the best advice someone has given you that has helped you in your career?

Tania: Say no to almost everything.

Tania: I use Visual Studio Code and I really love it. 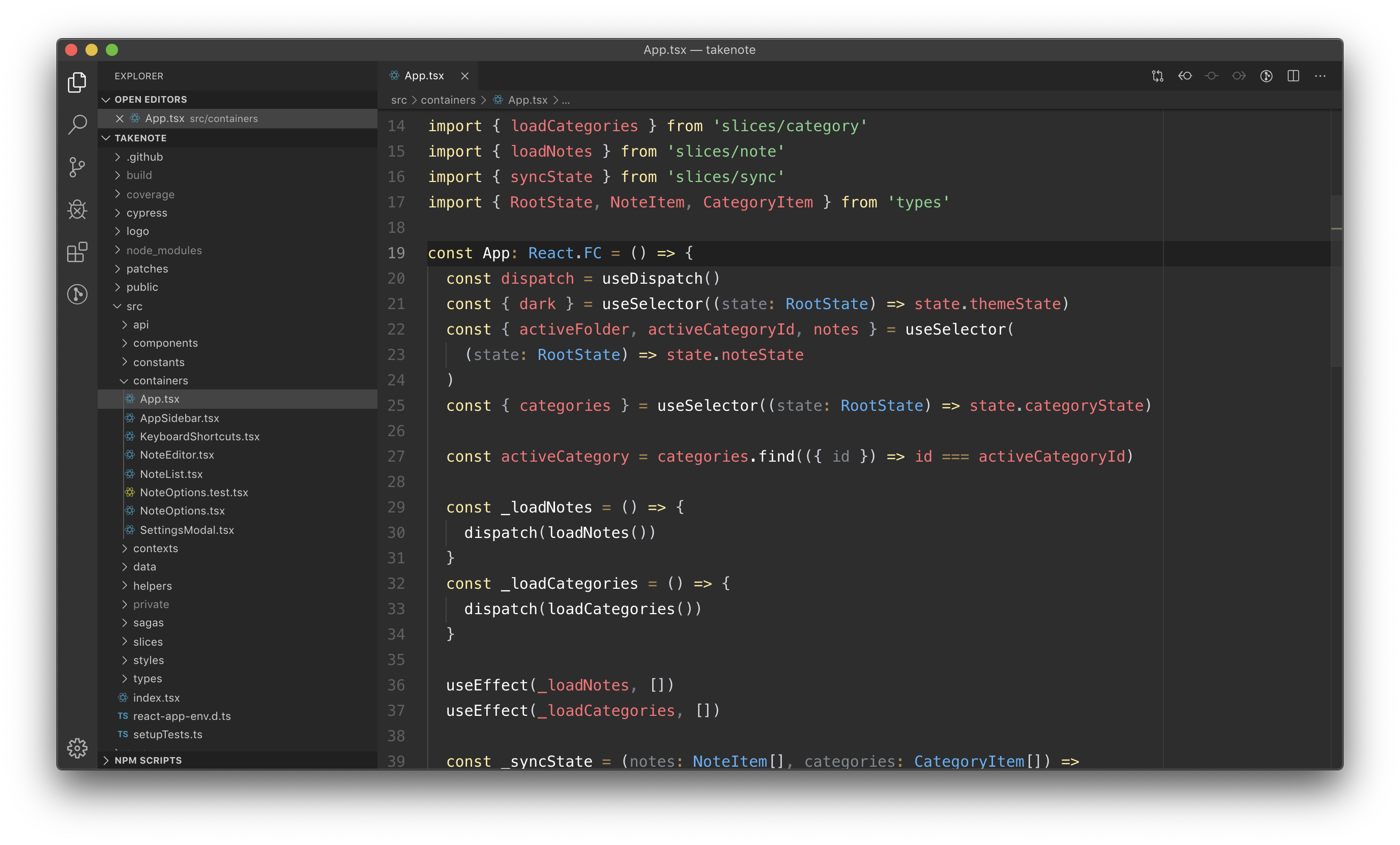 I always use the New Moon theme, something I created years ago and take with me everywhere.

Tania: If you're competent enough, it will be impossible for people to ignore it.

Thanks for taking out time to read this interview. 👋

This series is all about talking to the awesome women in tech, understanding the current health of the tech industry and inspiring other women to become better. If you want to share your story, please reach out to me on Hashnode.

Did you find Tania's story useful and inspiring? Write down your thoughts in the comments section below and don't forget to share. You can also follow Tania Rascia on Twitter.

See you next time and keep trailblazing 💙💙 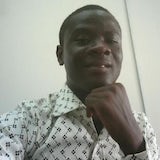 Tania's blog has been my first point of call in recent times as she explains the step-by-step process of doing anything in such a way that it is difficult for me not to understand. Her 'Things I don't know' post inspired my first blog post, which serves as a constant reminder that someone as good as Tania has been in this stage before and she turned out well. Keep doing what you do, you really inspire. 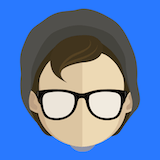 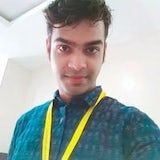 I am using on of her github static portfolio html template and its awesome. Thanks for sharing it openly.

Nice interview I followed tania's WordPress tutorials it was helpful.

What about make podcast version for those interviews?

Inspiring talk. I have bookmarked both on my browser and here